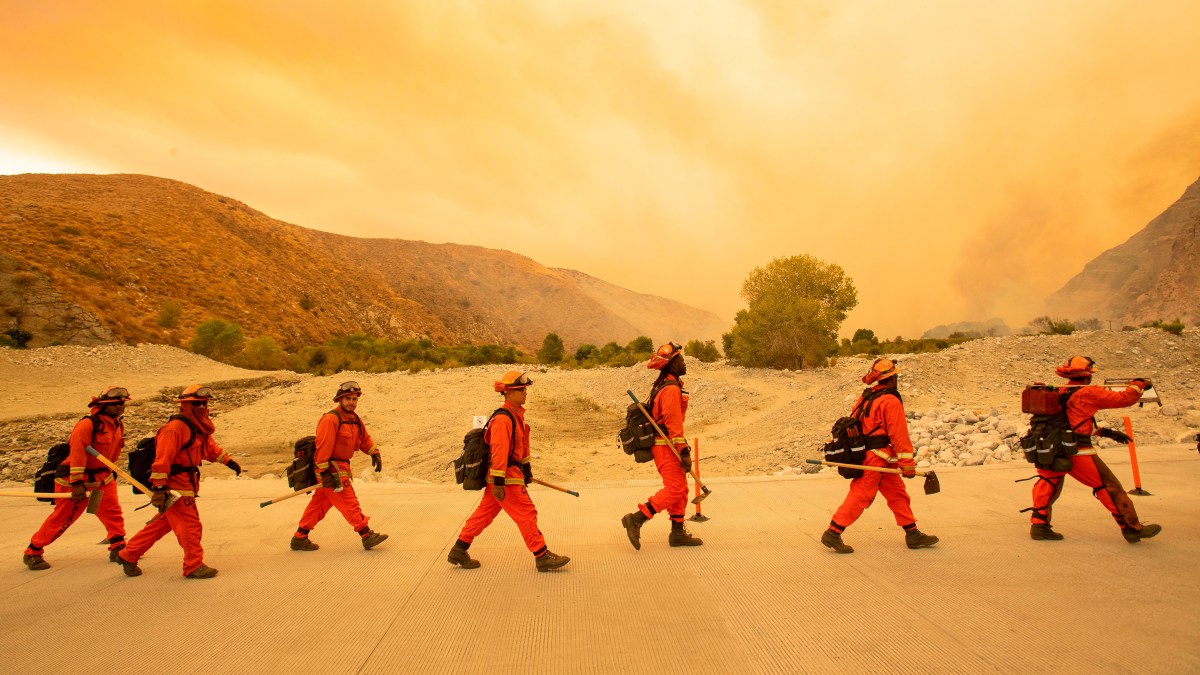 The West Coast is burning, and an army of firefighters is battling dozens of major blazes and being pushed to the limit.

Some of them are prison inmates — working in the fire camps and out on the front lines.

A new law in California, AB 2147, will make it easier for some of those men and women to become professional firefighters and EMTs once they’ve served their time.

Back in 2012, Brandon Smith was serving time for two felony convictions in California. He got an opportunity to join an inmate crew and fight forest fires.

“I went to fire camp because it was the highest paying job while incarcerated, I wouldn’t be behind four concrete walls with a hundred people overcrowded, I could go see my family, and the food was the best food while incarcerated,” Smith said.

Smith got out of prison two years later and started looking for work. But it hit a snag.

“There was no way the U.S. Forest Service, CalFire, any local fire agency would hire me,” he said.

His criminal record, and the fact that he was on parole, barred him from getting certified as an emergency medical technician. And EMT certification is a prerequisite in most places for becoming a firefighter.

That could allow more Black men to become firefighters, said economist Kristen Broady at the Brookings Institution’s Hamilton Project. Most city firefighters are white, while more than a quarter of inmates in California prisons are Black.

“They could actually become an EMT or a firefighter upon release, allowing them to earn significantly more money than they would have otherwise,” Broady said.

The new law has its critics.

The Peace Officers Research Association of California (PORAC) emailed this statement from its president, Brian Marvel: “PORAC supports providing a pathway that allows low-level offenders to use the skills and experience they have developed to become firefighters once released. However, to allow people released from prison to have their records expunged immediately does not allow adequate time for formerly incarcerated individuals to fully re-integrate into society.”

The new California law does not apply to inmates convicted of murder, arson, sex crimes, kidnapping and other serious felonies.

Former inmate-firefighter Brandon Smith said having more than one felony conviction, like he does, will make it harder to fully benefit from the new law.

“The bill is most effective to those people who you would consider first-time offenders,” he said.

Smith said the state needs all the new firefighters it can get. Right now, about 2,500 inmates are working California’s wildfires, and no one’s getting a break on the fire lines.