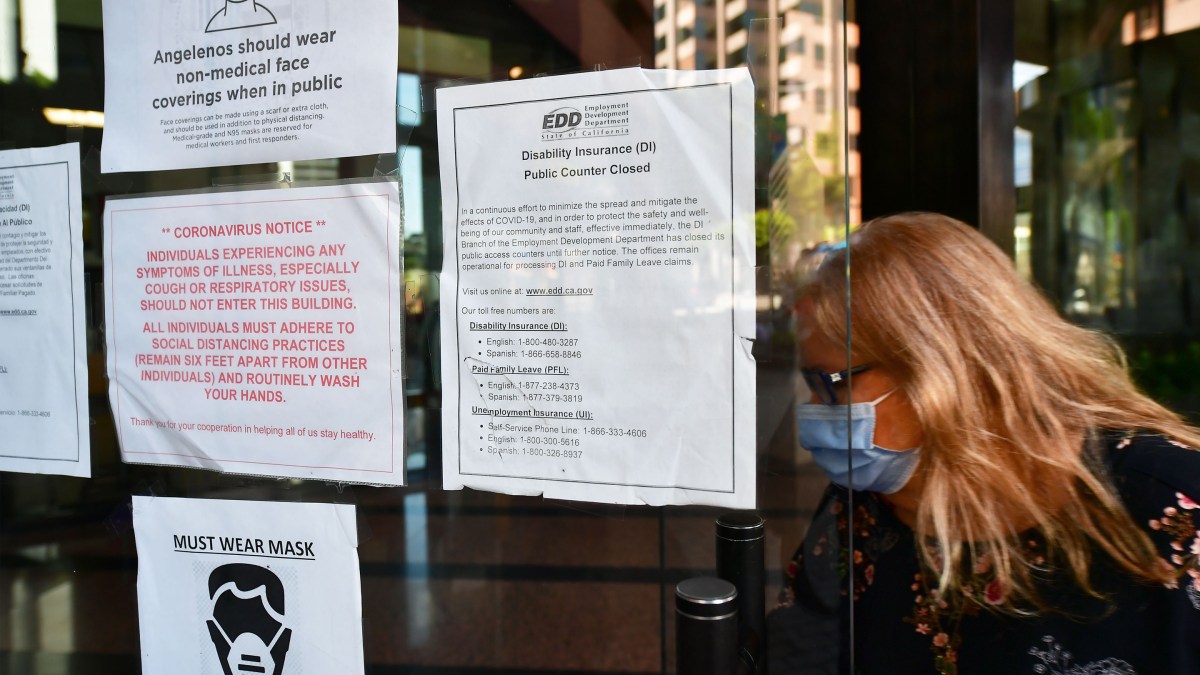 Approximately 1.5 million applications for jobless benefits in California have been delayed by lengthy reviews and glitches in software and business processes, and the backlog is increasing by 10,000 per day.

That’s according to a report from a special commission that Gov. Gavin Newsom appointed to look into the state Employment Development Department. The panel — Newsom called it a “strike team” — documented so many problems that it recommended the system stop accepting new applications for two weeks while it gets caught up and begins an overhaul of procedures and IT infrastructure.

“Since the beginning of the pandemic it has been just absolute frustration with EDD,” said Daniela Urban, executive director of the Center for Workers’ Rights in Sacramento, which provides advice and legal representation to Californians having problems claiming unemployment benefits.

Urban said that currently, about 60% of new applications are processed through an automated system and get paid within three weeks. But the remaining 40% are reviewed manually to verify identity and prevent fraud. And she said: “Those applications are taking many months to resolve. So we still see callers that are talking about claims they filed in March that have not had a resolution and have not had any benefits paid.”

California’s unemployment overhaul is designed in part to improve and speed up identification verification and update antiquated IT.

And a lot of state unemployment systems have problems similar to California’s that have emerged since the pandemic hit, according to Michael Strain, director of economic policy studies at the American Enterprise Institute.

“It’s not a surprise that it was a shock to the system,” he said.

In a matter of weeks in March, claims nationwide jumped from around 200,000 to more than 6 million — and have remained historically high ever since. Strain said states underinvested in their unemployment systems for decades before the pandemic.

“The IT infrastructure that many states are using is really outdated and needs to be upgraded,” Strain said.

Every state runs its own unemployment system with different eligibility rules and application processes. Michele Evermore, senior policy analyst at the National Employment Law Project, points out in some states, to reset your password, you have to call in and get a new one sent in the mail.

Evermore’s list of fixes starts with more uniform national standards and include “having the IT system be able to reset your password, having it be open 24/7, making sure that you can upload forms with a mobile device, being able to get information easily about where you are in the process.”

The current system isn’t serving its primary function for many laid-off workers, said Gary Hoover, an economist at the University of Oklahoma. Namely, providing income so they can keep paying their bills. And that’s hitting hardest the workers who need it the most.

“People at the bottom of the income distribution — women, minorities — are going to be damaged even more so than the general public,” Hoover said.

He said those workers have less in the way of assets to tide them over until the next job comes along.