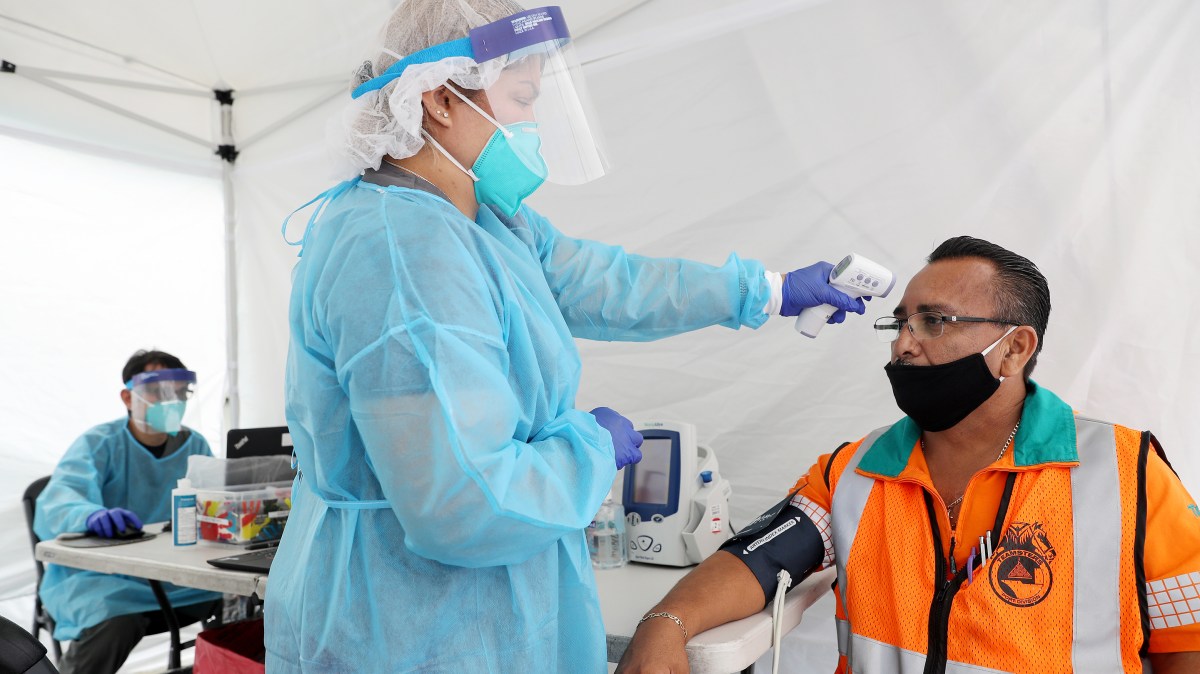 The U.S. Census Bureau this week released new data from 2019, including a snapshot of health insurance coverage. According to the agency, 9.2% of people didn’t have health insurance when the census asked in 2019. That’s up a bit from 2018.

Health insurance in the United States is a patchwork of programs: Private insurance, Affordable Care Act exchanges, Medicare and Medicaid.

“Nearly 30 million Americans went without coverage at some point in 2019. And that was an increase of about a million people from the previous year,” said Jen Mishory, a senior fellow at The Century Foundation. “And those numbers are looking before the pandemic.”

Since then, while Mishory said the estimates vary widely, an additional 5 million to 10 million people may have lost health insurance. That’s because most people who did have health insurance last year got it through their employer.

“We’re seeing some of the consequences of having your health insurance tied to your job in 2019, as well as, of course, in 2020,” said Katherine Baicker, dean at the University of Chicago’s Harris School of Public Policy. “We’re expecting to see big declines in employer-sponsored insurance.”

That’s because a lot of people are losing jobs, and what happens after that depends on where they are, along with details like age and income.

“There’s a variety of factors. But without a doubt, both private and public coverage rules vary by state,” said Sharon Stern, an assistant division chief at the Census Bureau.

Some states changed rules around Medicaid access in light of the pandemic or gave people an extra chance to sign up if they found themselves suddenly eligible for the program.

“So all of the state choices [are] about expansion or not to expand, about how hard to work to enroll people, about how streamlined to make the application process,” said Baicker said. “All of that matters a lot for coverage.”

And, Baicker said, it’s going to matter a lot more this year due to the pandemic.