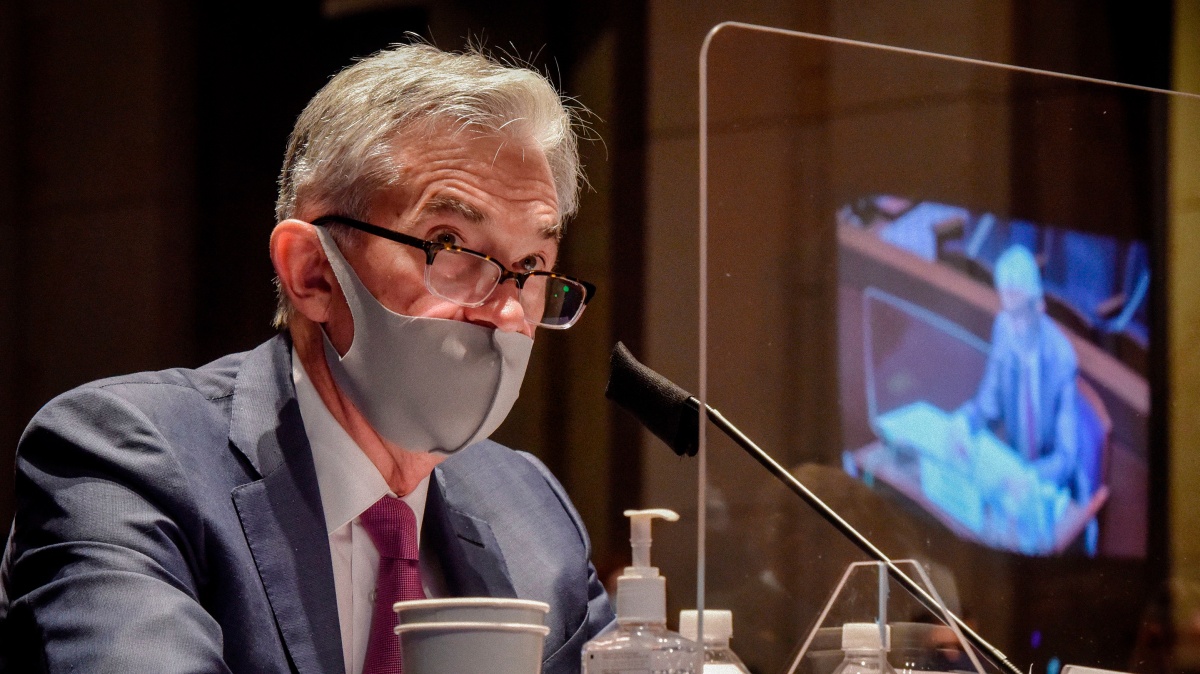 WASHINGTON (AP) — The Federal Reserve expects to keep its benchmark interest rate pegged near zero at least through 2023 as it strives to accelerate economic growth and drive down the unemployment rate.

The central bank also said Wednesday that it will seek to push inflation above 2% annually. The Fed left its benchmark short-term rate unchanged at nearly zero, where it has been since the pandemic intensified in March.

The Fed’s moves are occurring against the backdrop of an improving yet still weak economy, with hiring slowing and the unemployment rate at 8.4%.

Fed chair Jerome Powell first said last month that the Fed would seek inflation above 2% over time, rather than just keeping it as a static goal.

The change reflects a growing concern at the Fed that in recessions, inflation often falls far below 2%, but it doesn’t necessarily reach 2% when the economy is expanding. Over time, that means inflation on average falls further from the target. As businesses and consumers come to expect increasingly lower inflation, they act in ways that entrench slower price gains.

The Fed prefers a little inflation because that gives the central bank more room to cut or raise short-term interest rates.

In an updated set of quarterly economic projections, the Fed said it sees a smaller decline in economic growth this year, forecasting that GDP would fall by 3.7% compared to a June forecast of a 6.5% drop. On employment, the Fed projected an unemployment rate at the end of the year of 7.6% instead of the 9.3% it projected in June. The unemployment rate, which hit a high of 14.7% in April, has declined to 8.4% in August.

The Fed last month made two other key changes to its strategy framework after its first-ever public review of its policies and tools, which it launched in November 2018.

Powell said last month that the Fed will place greater weight on pushing unemployment lower and will no longer raise interest rates preemptively when the unemployment rate is low to forestall higher inflation. Instead, it will now wait for evidence that prices are rising.

Fed officials have acknowledged that economic models that predict higher inflation when unemployment is very low have been wrong, particularly since the 2008-2009 recession.

The Fed also said last month that its objective to maximize employment is “a broad and inclusive goal.” That language suggests that Fed officials will consider the unemployment rates of Blacks and Hispanics and other disadvantaged groups as well as the overall jobless rate when contemplating interest rate changes, something the Fed has never considered before. Democrats in Congress have introduced legislation that would require the Fed to consider racial inequities as it makes policy decisions.

The Fed also said Wednesday that it will continue purchasing about $120 billion in Treasurys and mortgage-backed securities a month, in an effort to keep longer-term interest rates low. Since March, the Fed has flooded financial markets with cash by making such purchases and its balance sheet has ballooned by about $3 trillion. But with the yield on the 10-year Treasury already at just 0.67%, economists worry that the Fed’s bond purchases will have a limited impact going forward.

On Wednesday, the Commerce Department said retail sales rose 0.6% in August, the fourth straight gain but the slowest since sales started growing again in May. The figure suggests that the end of a $600 supplemental weekly unemployment payment weighed on spending.

The global economy is still expected to shrink this year, but by less than previously estimated, according to a report Wednesday from the Organization for Economic Development, an international think tank. The OECD now expects the world economy to shrink by 4.5%, up from an earlier estimate of a 6% contraction, mostly because of better-than-expected recoveries in the United States and China.