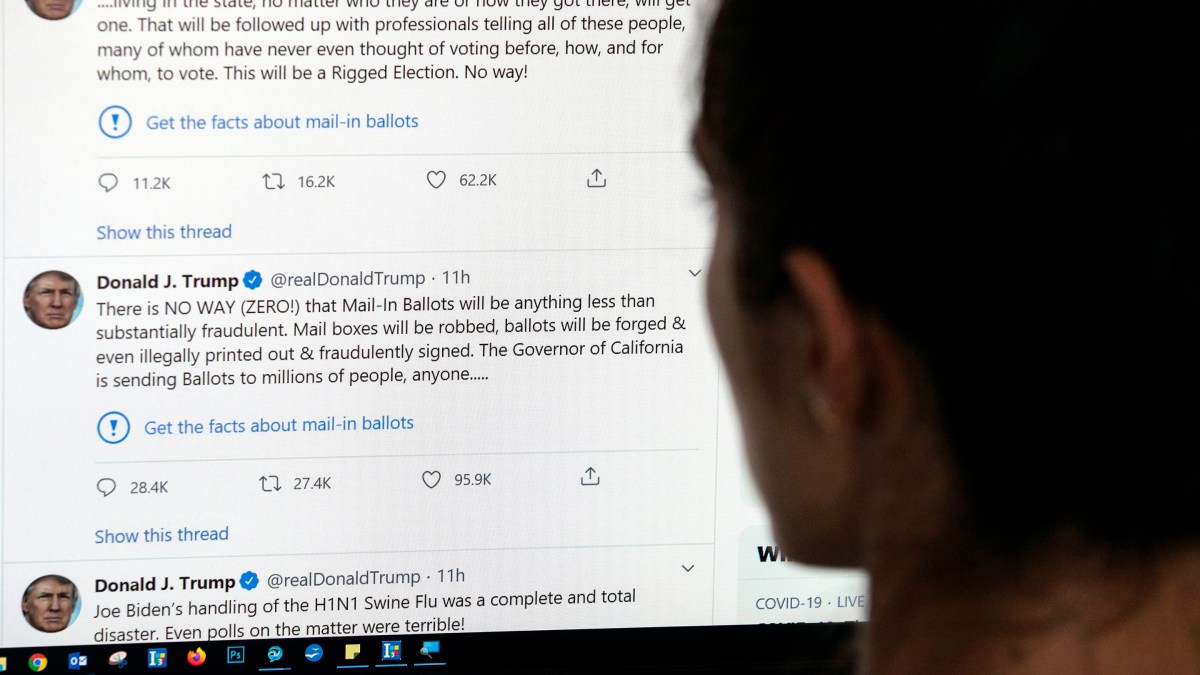 Platforms like Facebook or Twitter or even a dating app aren’t, for the most part, held liable for the terrible things their users might say or do. And, on the other hand, they aren’t generally legally liable for taking down whatever they want.

The Department of Justice — and others on Capitol Hill — would like to change that, though its unlikely Congress would take them up right now.

Both of these immunities are being targeted by a collection of proposals from the White House, the Justice Department and Capitol Hill.

“If the first immunity were limited and platforms faced more liability for leaving up user speech, that might violate the law,” said Daphne Keller, director of the Program on Platform Regulation at Stanford’s Cyber Policy Center.

“Changing that would seriously change the internet as we know it,” she added.

Websites would have to hire legions of lawyers to assess allegations and figure out if user speech is illegal or not. Companies like Facebook and Google might be able to handle that, but smaller websites would probably not. Keller says sites would be incentivized to take a lot more stuff down.

“It becomes hard to imagine things like the #MeToo movement in a world where platforms are worried they’re going to be liable for defamation,” Keller said.

The DOJ’s proposal targets the second type of immunity as well. It would effectively open up platforms to legal action if they take down posts simply because they find them objectionable.

“That is basically telling a private company it could face all kinds of crackdowns if it doesn’t participate in certain kinds of speech,” said Siva Vaidhyanathan, professor of media studies at University of Virginia.

A social media platform would be shielded from legal challenge if it took down unlawful posts, or posts promoting terrorism, but could be sued if it wanted to take down something that was racist or untrue.