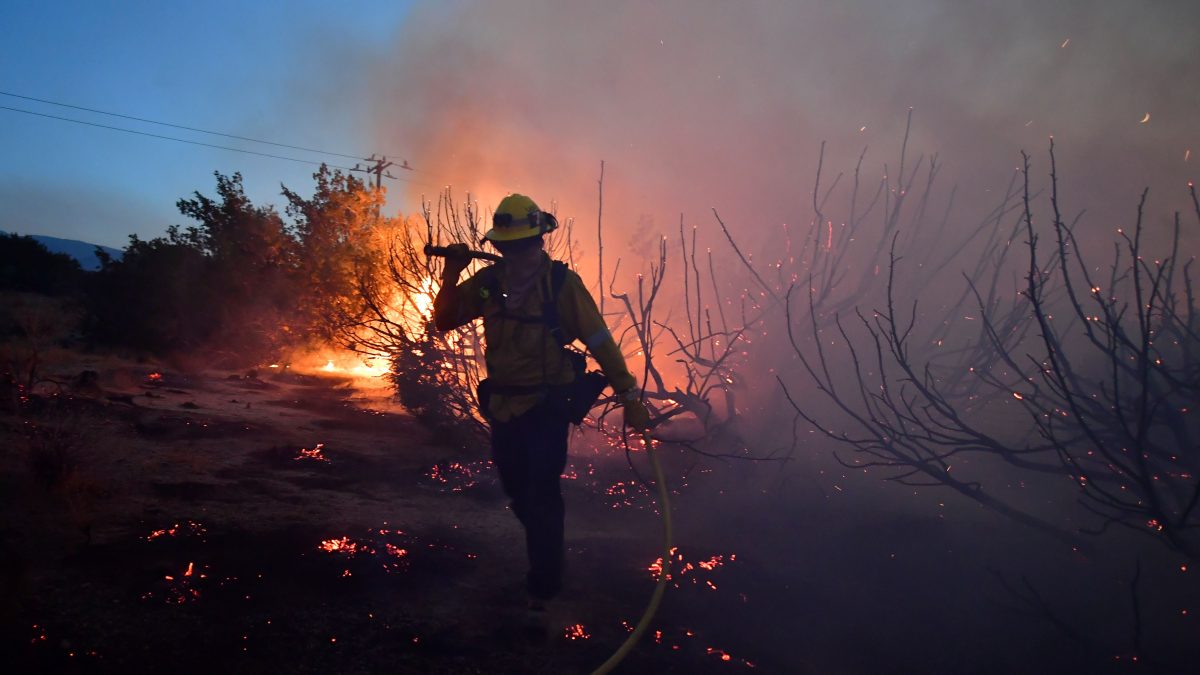 While the West Coast faces record-breaking wildfires, ecologists are once again touting the importance of “good fire” — prescribed burns or naturally occurring fire far from homes and communities. Experts say these fires help clear the forests of fuel that create massive fires like we’re seeing today. For decades, the state of California has mandated extinguishing most fires, whether or not they could help prevent future disasters.

Part of this is due to the complex and lucrative industry that enables fighting fires. Elizabeth Weil covers climate change for ProPublica. She wrote about how California is handling fire and land management, and spoke with “Marketplace’s” Molly Wood to explain the business interests behind fighting fires. The following is an edited transcript of their conversation.

Molly Wood: You spoke with all these experts who have been advocating for good fire for prescribed burns for decades. And nobody disagrees, right? You found that there is no scientific disagreement that this is the way to prevent megafires. So how come it never happens?

Elizabeth Weil: You know, that’s a really good question. I talked to a lot of scientists who have been talking about this, as you said, literally, for decades, and it’s been really painful to watch the West burn. It hasn’t been happening because people don’t like smoke. It hasn’t been happening, because of very well-intended environmental regulations like the Clean Air Act that make it harder to put particulate matter in the air from man-made causes. It hasn’t happened because of where we live. You don’t want to burn down people’s houses, obviously.

Wood: Right? Well, and then talk to me about the money because you also uncovered a lot of business incentive — a lot of financial incentive not to prescribe burn or behind fighting fires.

Weil: Yes, it’s really complicated. So first, there’s the lumber industry, which is huge business. So people have a lot of money invested in trees that are out there. And obviously, they want to protect those assets. And it’s also just a huge apparatus. There’s essentially an army of firefighters and like all armies, there’s just tons of money flowing through contracts and airplanes and housing. And it’s a job. And so it’s an incredibly important job. And it’s a job that serves the public interest to a great extent, but it also has its own momentum.

Wood: And so that momentum, I mean, I guess what you’re saying is when we hear a headline that says this is a billion-dollar fire season, we should remember on some level that that billion dollars went somewhere to the makers of big airplanes or helicopters, that kind of thing.

Weil: Yes, that billion dollars went somewhere. It went to contracting out airplanes. And I think a really important point to keep in mind is it went to fighting fires, not all of which need to be fought. You know, a lot of the fire ecologists I spoke to feel we have been doing way too much fire suppression for way too long. So we need to let fires that aren’t going to impact structures and aren’t going to threaten lives — a lot of those fires, a lot of scientists feel, we should be allowing to just burn in their own natural patterns.

Wood: One thing that has come up recently is this question of whose job it is to do these prescribed burns or to stop policies around fire suppression, whether it’s the state or federal government. Who should be doing this?

Weil: Well, there’s state land. There’s federal land. It’s a whole patchwork of ownership. So there’s the question of what government entities should be doing it. And then there’s just also a big cultural question of how we use and relate to fire. As a lot of people have been talking about indigenous Californians had a very different and healthier relationship to fire than most of us do now. They sort of used fire to take care of the landscape. And also, in different parts of the country, people have different relationships to fire, there’s a lot more prescribed burning that happens in the Southeast. And it happens with people who take what are called burn boss certification programs so they can take care of their own property. And so another argument is we need to get back to a place where fire isn’t just in the hands of firefighting professionals, where it’s something that more people know how to use responsibly.

Wood: Now that we are pretty firmly in an era of megafires — I mean, at least in California, the last three years have had giant devastating fire seasons — do you think there’s a likelihood that we’ll see any change in these policies?

Weil: I do. I’m pretty hopeful at the moment. I think there’s political momentum. It’s an issue that is fairly bipartisan. And it’s something that we can do. Attacking climate change head-on is such a gigantic problem. And while better landscape management is also a big problem, it’s at a far different scale. And it’s at a scale that we can actually do something about in the near future.