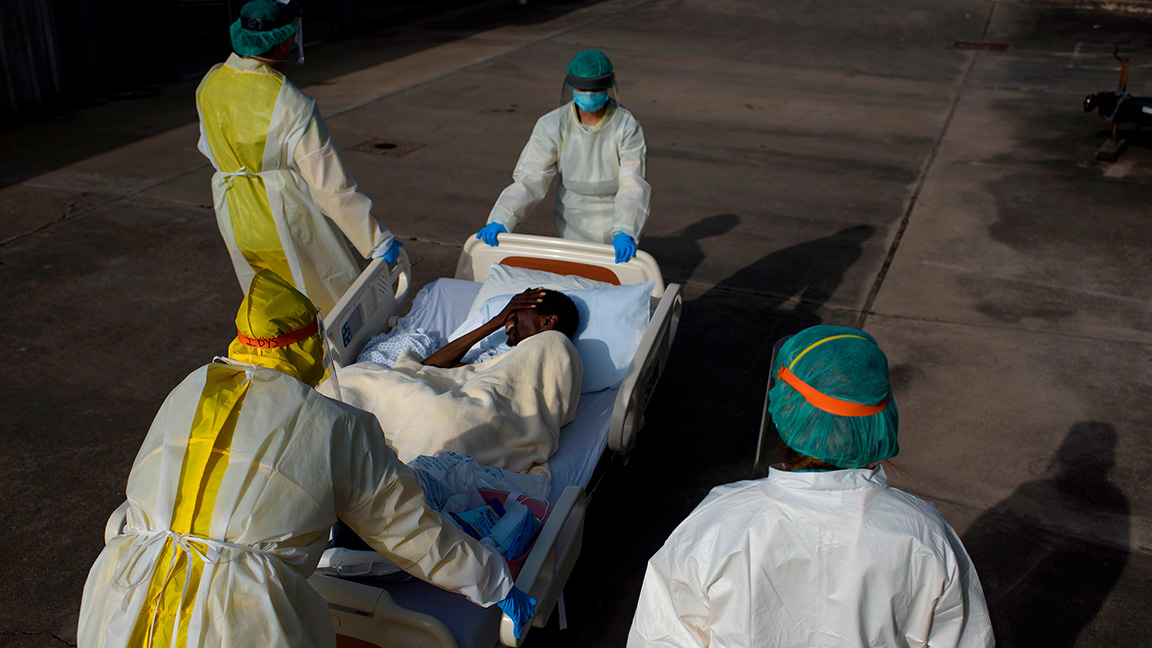 Jillian Woodbury was proud of her smile and kept a toothbrush in her purse.

The 32-year-old lived in a South Side Chicago nursing home for people with mental disabilities. In mid-April staff took her to a nearby hospital to treat a urinary tract infection. There, Woodbury tested positive for COVID-19.

She was in the hospital for five days.

Her aunt and guardian, Patricia Woodbury, said she talked to Jillian in the hospital daily. But on the sixth day, when Patricia hadn’t heard from Jillian, she became concerned. She said she called the hospital and reached a nurse who said Jillian was unavailable. The next time Patricia heard from the hospital was in the wee hours of the next morning.

“The phone rang at 3 [a.m.], and they said she took a turn for the worse,” Patricia said. “And I live down the street from the hospital, so I was down there in 15 minutes.”

When Patricia arrived at South Shore Hospital, Jillian had died of COVID-19. Family members said they are concerned with the lack of communication by the nursing home and hospital, neither of which agreed to an interview.

“While it technically isn’t an issue of race, because the majority of families that end up going there are Black … in the minds of some, that means you’re disposable,” she said.

During the peak of the coronavirus pandemic in the spring, the highest number of Chicago deaths from the virus were in Black and Latinx ZIP codes. The lowest were in wealthy white ones. Systemic racism, higher rates of essential workers in some neighborhoods, underlying health conditions and homes where there is overcrowding are all factors.

WBEZ studied the death and infection rates of four ZIP codes in Chicago, and interviewed relatives of 50 Chicago residents who died.

The ZIP code with mostly Black residents had the highest deaths per capita. The ZIP code that includes a Latinx and immigrant neighborhood had the highest infection rate. There, loved ones said family members who died were either infected at work or became infected after working relatives brought the virus into their multigenerational households.

WBEZ also looked at two high-income ZIP codes with mostly white residents that had the lowest rates of death in the city.

“There’s no better perfect storm for this pandemic sweeping through our very segregated city based on race and class,” said Dr. Monica Peek, who sees patients and researches racial health disparities at the University of Chicago Medicine.

Phillip Thomas, who was also Black, lived in the same ZIP code as Jillian Woodbury and took the bus to his job at Walmart.

In March, he felt sick and stayed home, his sister Angela McMiller said.

“The doctor told him to self-quarantine himself, which I’m super upset about because my brother was a diabetic,” McMiller said.

Her brother went to South Shore Hospital, the same one Jillian Woodbury went to, and tested positive for COVID-19. A few days later, his heart stopped, and he died.

Nicole Marshall used to babysit her younger cousin, Jillian, when she was little. Then when Marshall had children, Jillian would play with them.

Jillian asked after those children in a voicemail from the hospital.

“I’m calling to check on you and the kids and Kenny and see how everybody’s doing. Love you all. Bye,” Jillian said.

It was the last voicemail she left for her cousin.

Natalie Moore is a reporter at WBEZ. Read more about some of the people who died in Chicago from COVID-19 in WBEZ’s “50 lives in 4 ZIP codes.”