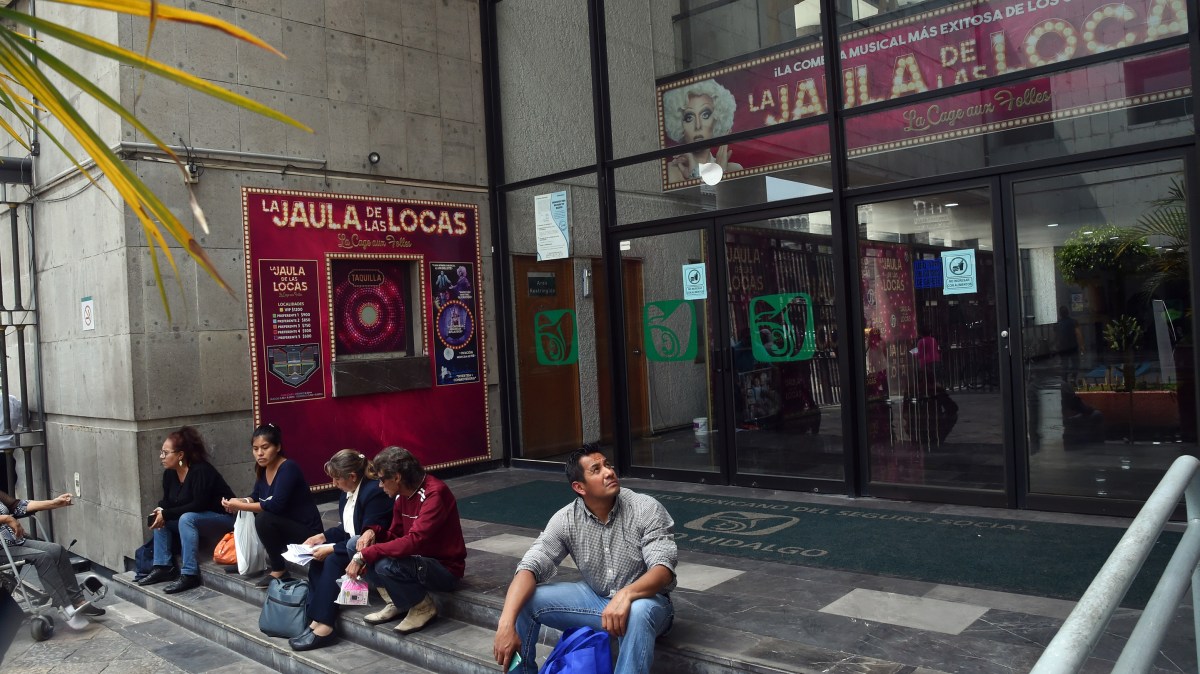 Before the pandemic, the theater industry in Mexico was growing steadily, becoming Latin America’s Broadway and a hub for many U.S. productions. But now, the industry and its workers have seen a rapid decline in jobs, with only limited ways to retool productions safely.

“It’s become an absolute nightmare, because priorities do not include us,” said Guillermo Wiechers, vice president of the Mexican Society of Theater Producers.

“Twenty-million seats we haven’t sold. Ten thousand families depend directly on what they earn from the theater,” he said.

Wiechers said the Mexican theater industry has lost about $1 billion since theaters closed in early March, even before the official lockdown.

The producer said the government hasn’t provided any relief — not even tax discounts. Instead, authorities “suggested” producing plays with three actors or fewer, and using open amphitheaters and masks, as the Greeks did in the past.

“I don’t want to offend anybody, but those measures are not sensitive at all,” he said.

Wiechers said the government also suggested video streaming, but he said the model doesn’t work for the theater, where there are expenses like royalties to international companies.

The government is now allowing some theaters in Mexico City to reopen, but with a limited audience capacity of up to 30%.

Sergio Mayer was a producer and a telenovela actor, and became famous in the ‘80s singing in the bubblegum pop band Garibaldi.

Now, Mayer is a member of Mexico’s Congress, and leads the Culture and Film Committee. He said his experience as a performer makes him more sensitive to the magnitude of the current problem.

Mayer said creative industries represent $31 billion of economic activity per year, or about 3.5% of Mexico’s GDP.

Speaking in Spanish, Mayer said he’s pushing a bill to help creative industries. It would allow the use of money from the government’s auctions of artworks taken from people who couldn’t make their tax payments. He said that money should be used to reactivate the culture and arts.

But he said it’s also a moment for the theater and entertainment industries to be resilient.

And some in the industry are trying to find ways to do that. Adriana Beatty is the technical director for one of the largest theater complexes in Mexico City.

“We have to be optimistic, because if we’re not optimistic, we’re gonna drown,” she said.

Beatty said one of the theater technicians she knows created prototype ventilators to adapt to the current pandemic crisis. And for her, that’s an example to follow. But it’s still not easy to transfer skills from theater to other fields.

“We’re suffering a lot, because it’s not that if I don’t work in the theater, I go to work in another thing,” she said.

Beatty said she knows people living off their savings. And, some of her colleagues have died from COVID-19.

Recently, she heard about a children’s play in a parking lot that was successful. And for her, it shows that the theater is capable of adapting to these times.

“The show must go on, and the show will go on,” she said.