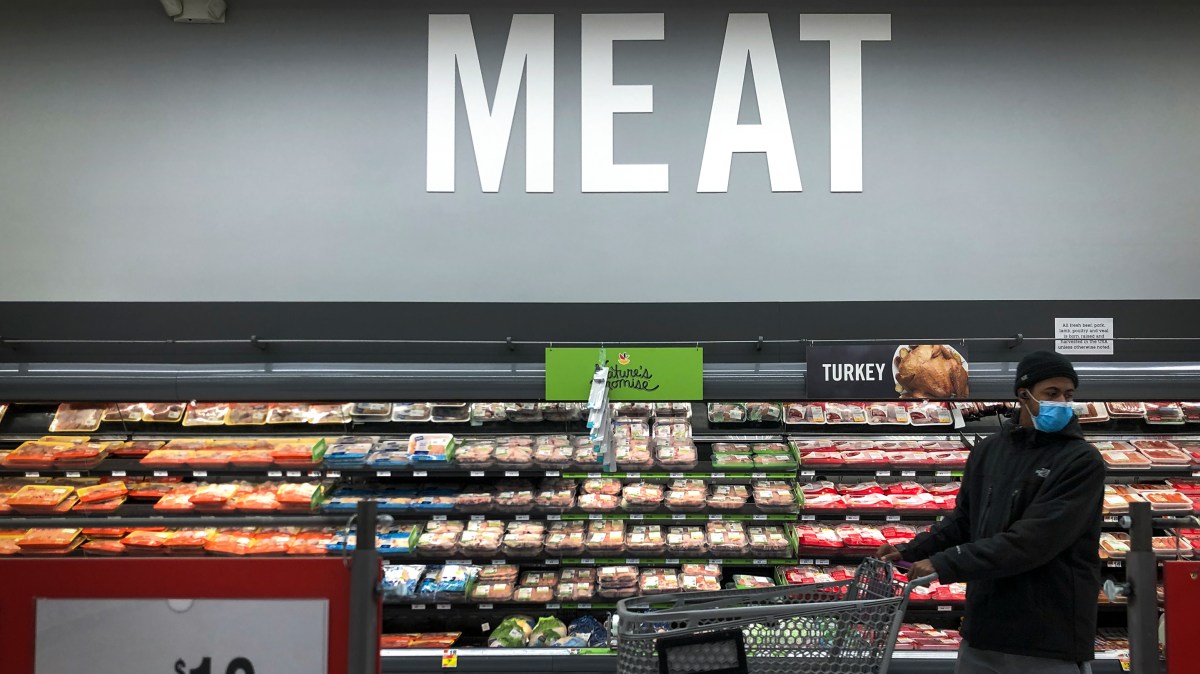 Just a few months ago there were meat shortages around the country as packing plants shut down due to COVID-19 outbreaks. Grocery stores were limiting purchases, and meat prices were soaring.

Now, we’ve got more meat than people may be able to eat. The surplus has been building for months as restaurants, hotels and other businesses that feed people remain closed or are only partly open.

When most of us started staying home in March, there was an immediate surplus of meat. Cafeterias, airports, arenas were mostly closed or barely open.

“Think of how much food was consumed in a football stadium on a Sunday with 70,000 people in it,” said Chris Muller, a hospitality consultant and former Boston University professor. That meat is distributed differently than the meat we typically buy in supermarkets.

So that meat was repackaged and sent to grocery stores. But it turns out people don’t eat the same stuff at home as they do when they go out.

Then, meatpacking plants closed down when workers got sick. That left livestock lingering on farms and feedlots.

“Now that we’ve gotten the production levels back up to normal, we have to process those materials for meat production because there’s really no other way that we could repurpose that livestock,” said Terry Espers, professor of supply chain management at Ohio State University.

So now there is more meat at lower prices, and not just in supermarkets.

Before the pandemic, Michelle Durpetti, who manages Chicago steakhouse Gene and Georgetti, was spending around $31 a pound for a steak filet. Now it’s down to about $24 a pound.

“In normal times, this would be a much different discussion, because anytime meat prices drop and you can still do the volume, that’s a good thing,” Durpetti said.

Right now, her two restaurant locations are open, but she isn’t doing the volume; she’s buying 75% less meat than she was before the pandemic.