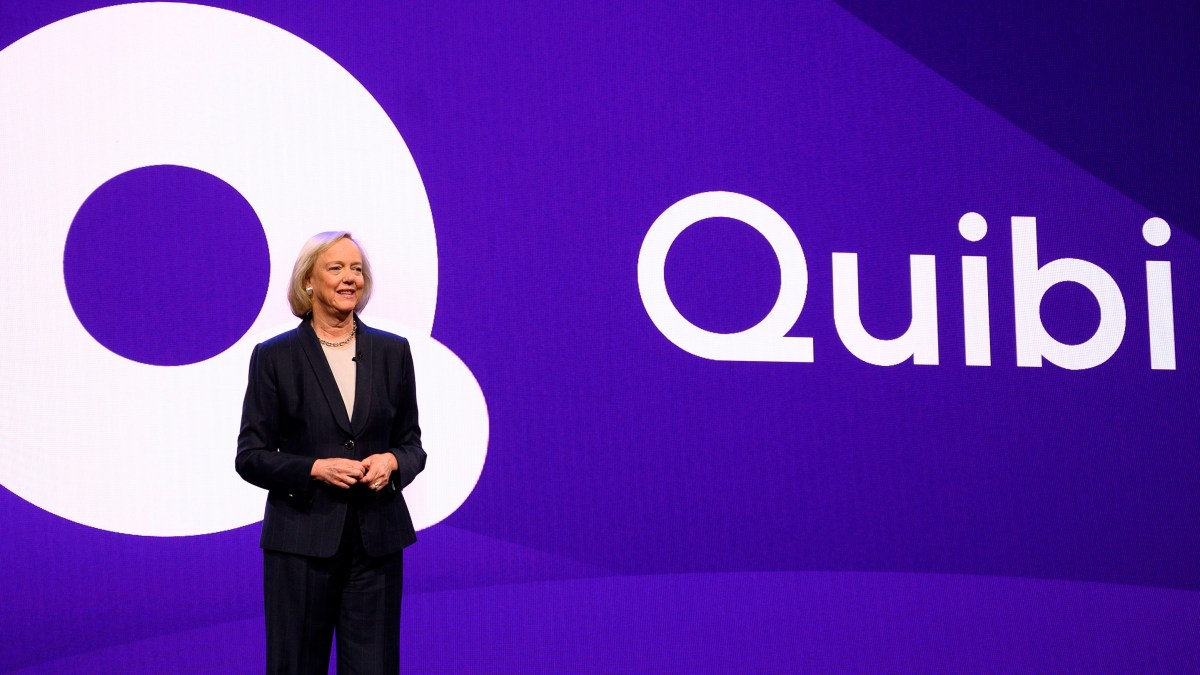 In case you missed it — and it turns out a lot of people did — Quibi is short for “quick bites,” content longer than a TikTok video but shorter than most of the scripted stuff on Netflix.

“It came down to what kind of compression technology that when you are watching in portrait, your landscape version is compressed,” Meg Whitman, CEO at Quibi, told “Marketplace Tech” host Molly Wood in January.

But what Quibi’s been lacking is something pretty important: viewers. Downloads for paid subscriptions hovered around 1.5 million in the first quarter it was offered. That’s far fewer than the company expected.

“Oh by the way, creating a brand new company and brand from scratch that nobody’s ever heard of, in marketing circles, that’s a triple whammy of death,” Hanlon said.

As Quibi looks at sales options, there’s the question “who would want to buy it now?”

Quibi doesn’t have that deep a catalog, and “it didn’t have the customer data,” said Michael Smith, a professor of information technology and marketing at Carnegie Mellon University.

And the data, he says, is probably any streaming platforms most valuable asset. And right now, Quibi just doesn’t have enough.