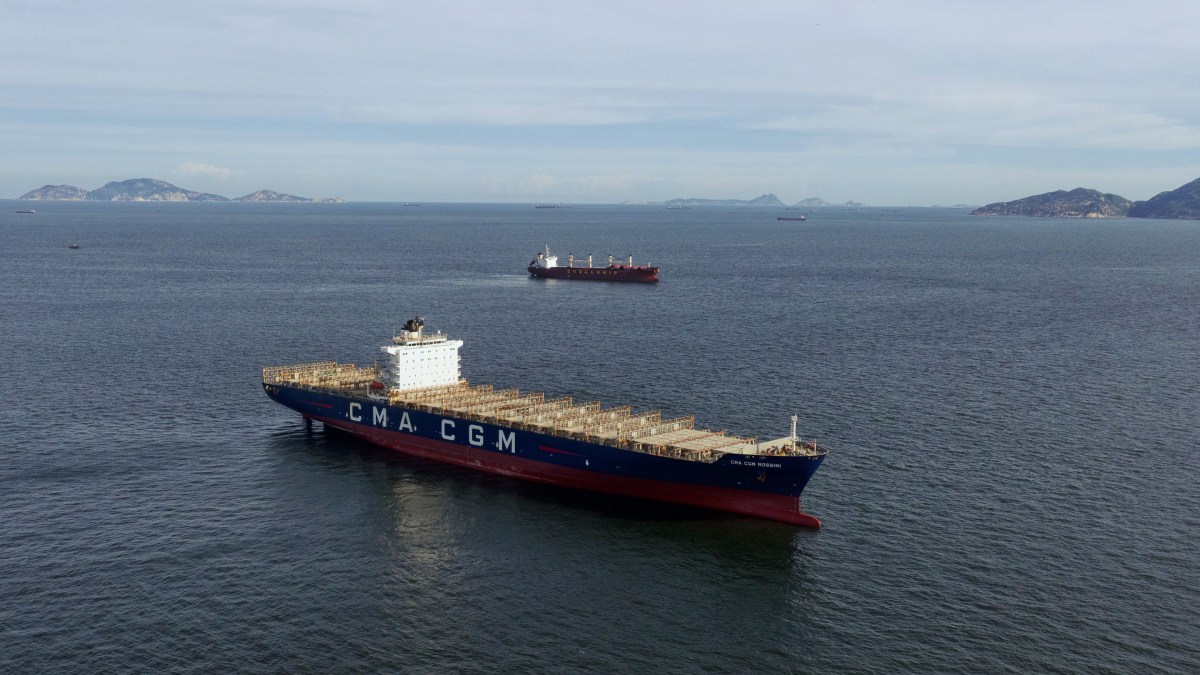 Some 300,000 people who work on commercial vessels — the kinds that carry food and health and hygiene products, among other things — are stuck on their ships, unable to get off due to COVID-19 measures. Governments around the world have closed ports, borders and other travel facilities that allow crew changes.

Not being able to change crews on these ships is a problem for the health and safety of workers, as well as a pretty good way to clog up supply chains.

Now, the CEOs of some of the largest consumer products companies — Unilever, Procter & Gamble, Johnson & Johnson — are weighing in on what they say is a question of human rights on the high seas.

Typically, commercial ship workers sign contracts of six, 10 or 12 months. And when that’s up, the ships swap crews at the next port.

“But whenever they came near the ports, the port is not allowing any kind of transfer,” said Branko Berlan with the International Transport Workers’ Federation.

He said some workers have been stuck onboard for 17 months, and some ports are accepting products but not people. In one case, several ports refused to take the body of a ship worker who died.

“And then we actually find a way that the body was taken in Singapore after 15 days onboard the ship,” Berlan said.

The issue of overworked crews is clogging up the supply chain.

Tom Derry, CEO of the Institute for Supply Management, said officials in places like Australia are starting to ban improperly staffed ships from sailing.

“Because we’re seeing these ships taken out of circulation as it were, we’ve seen rates for freight crossing the Pacific more than quadruple since June,” he said.

Derry said delays are causing fridge and dishwasher shortages in the U.S. And keeping goods moving is critical to the multinational firms now pressuring the United Nations to get involved, including the Consumer Goods Forum.

“We can’t face the risk of global supply chains being disrupted. And all of this at the expense of workers’ well-being,” said Didier Bergeret, the forum’s director.

“When you go into a store and you look at items on the shelves, the way they got to that shelf was via ship,” he said. “As a consumer, we’re blind to it.”

About 80% of goods in the world are delivered by sea.