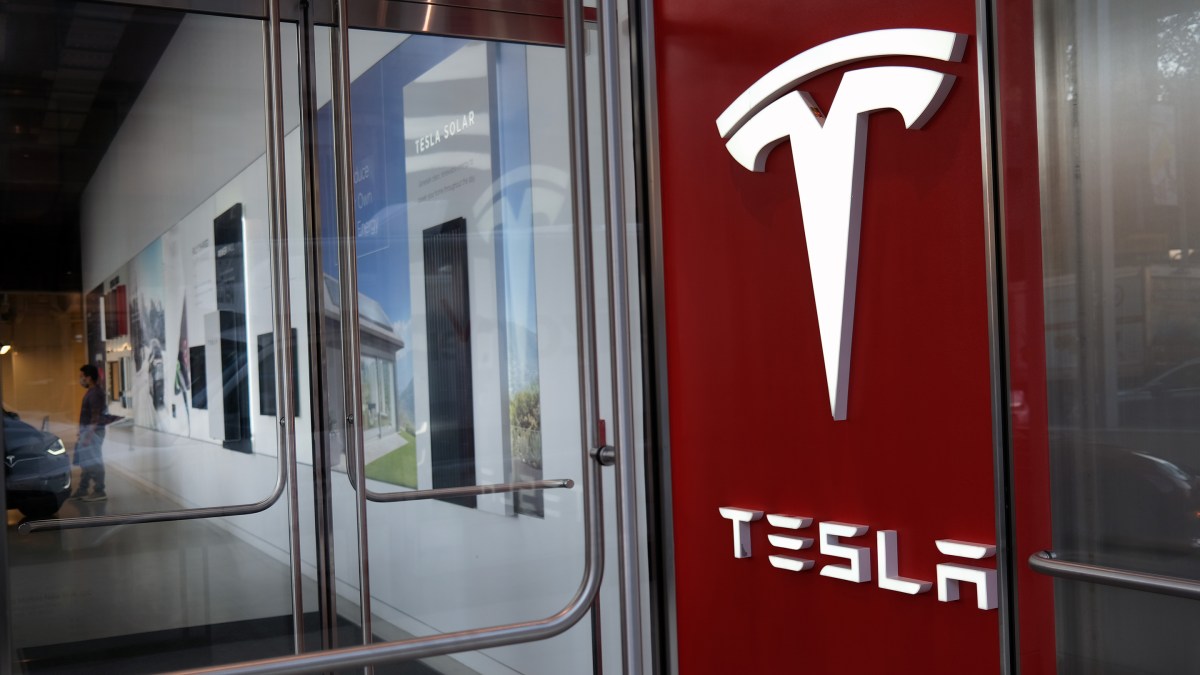 Tesla held its annual shareholders meeting in California Tuesday and, given the demands of social distancing during the pandemic, it was like a drive-in movie: There was an outdoor stage with the audience in parked cars.

For weeks, a big announcement on better car batteries was promised. However, Tesla stock collapsed. It closed down 5% Tuesday and opened down on Wednesday, too. Marketplace’s Kristen Schwab has the story, and the following is an edited transcript of her conversation with “Marketplace Morning Report” host David Brancaccio.

David Brancaccio: What did the Tesla boss say about these new batteries?

Kristin Schwab: The plan is for Tesla to manufacture its own batteries to improve vehicle driving range and power. Tesla currently buys batteries from other makers. And if they’re produced in-house, it’ll bring the cost of the cars down. Right now a Model 3, its cheapest vehicle, is about $38,000. Musk is aiming for a $25,000 price tag.

Brancaccio: And this didn’t please investors?

Schwab: Well, the manufacturing plan for these new batteries isn’t done and we won’t see them in Teslas for a few years, which means right now Musk is just making promises. And he’s known for overpromising.

Plus, the announcement fell short of what investors were expecting. Musk spent the last several days playing up what he would unveil on what his team branded “Battery Day.” Shareholders thought they were getting something called a million-mile battery, which is good for at least 10 years and would allow Tesla to price its cars below that of gas-powered cars.

Brancaccio: What’s the significance of this devaluation happening after the market closed?

Schwab: Most after-hours trading happens if there’s a major press announcement like this, and it’s usually done by big firms. And it says something about how investors feel because it can be risky to trade after the market closes. There’s lower liquidity and more volatility. But it’s worth noting that Tesla hasn’t lost any money yet. This loss is all on paper.