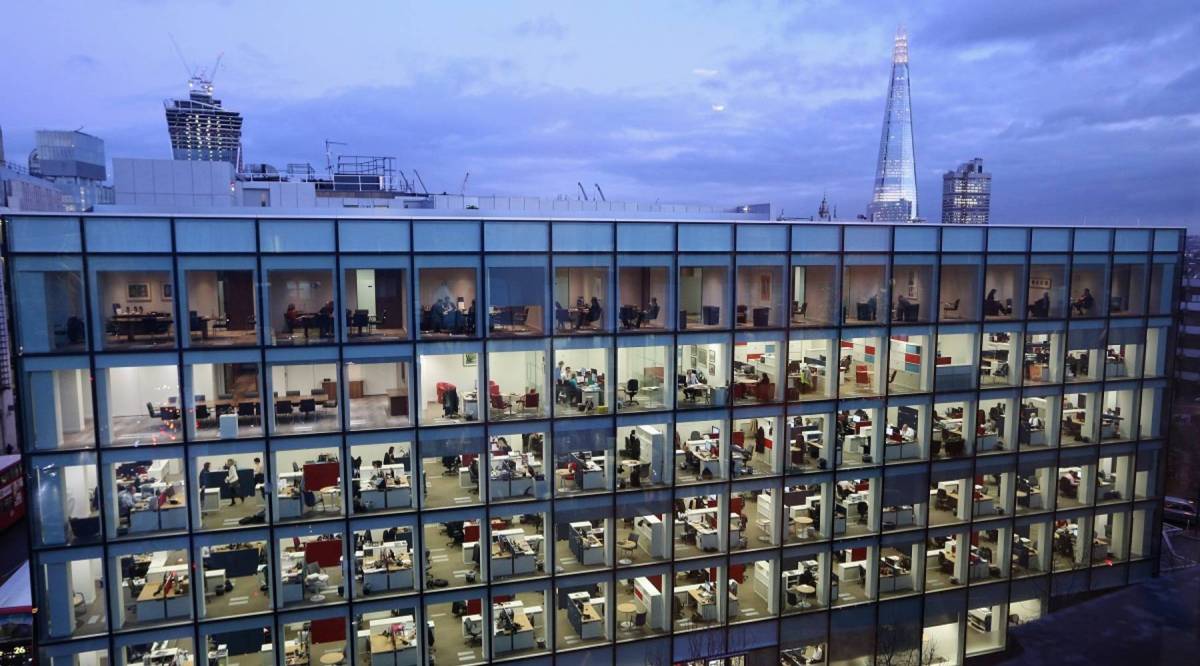 Workers who haven’t stepped foot into their workplaces for the past six months of the coronavirus pandemic may have forgotten the small things that make office life unique: potted plants, mail shelves crammed with solicitations, that smell coming from the shared microwave. And, the incessant sound of phones ringing (what seems like) every other minute.

The latter is one that’s hit BBC headquarters in London particularly hard: With news planning teams working from home, there are far fewer people around to pick up the phone and direct the PR professionals at the other end who have a story to pitch.

The planning team will eventually come back to the office, but workers at 24 of the biggest U.K. employers will not. Those firms told the BBC they don’t plan to bring people back into the office.

But, that doesn’t necessarily mean offices are now a thing of the past.

No one knows that better than Mark Dixon, boss of office-sharing firm IWG.

“We’ve focused on creating offices where people live,” he said. “The model is all about changing the way people work and importantly changing where they work.”

Outside England’s main commuter belt, interest in IWG office space has rocketed more than 40% since the pandemic hit, and Dixon said he’s seeing similar patterns across Europe and Asia.

For three decades, IWG has invested in thousands of offices in more residential areas, which is now providing a boost to the business as workers think more creatively about what working remotely means.

“We’re being used a lot by individuals from large companies that can’t work at home or are sharing an apartment. So, these people need somewhere to work that’s close by. But we’re also seeing companies switch to open hubs where their employees live,” Dixon said.

A move like that allows employees who live near each other to continue working in an office together, which promotes in-person collaboration that working from home has made harder.

“More and more companies want to buy their workspace as a product. They want to have all the IT there, all the desking, all the support staff ready to go. And they want to rent that for a period of time that suits them: three months, six months, a year or two years,” Dixon explained. “We know companies are going to be much more careful with capital in the year to come so having something they don’t have to invest in, that’s already invested in, will suit more companies.”

That’s something U.K. law firm Slater and Gordon — which has recently joined the “work from an office, not the office” club — finds beneficial.

“What we look at now is collaborative spaces so people can work as teams when it comes to supervision, training, development and interacting with customers, but less about having to do the commute to sit at a desk to continue working,” said Alicia Alinia, who is part of the firm’s executive team.

The company announced it will move out of its large London office after its lease ends this month and allow employees to work from smaller, and potentially more local, office spaces.

“The intention absolutely is to be far more pragmatic about how we use space,” she said.

Having employees working closer to home doesn’t just make their commutes easier or put a bit more savings from transportation costs back into their pockets. More local workers could lead to more sales at businesses in smaller town centers that have suffered from a dramatic drop in traffic due to a pandemic that forced many people to shop online.

And, about that phone that won’t stop ringing in the BBC newsroom?

The calls were diverted to the teams working from home, but the phone system stopped doing that after three months. Then, the phones started ringing again. Perhaps one day, like sprawling office complexes, desk numbers might also become a thing of the past.