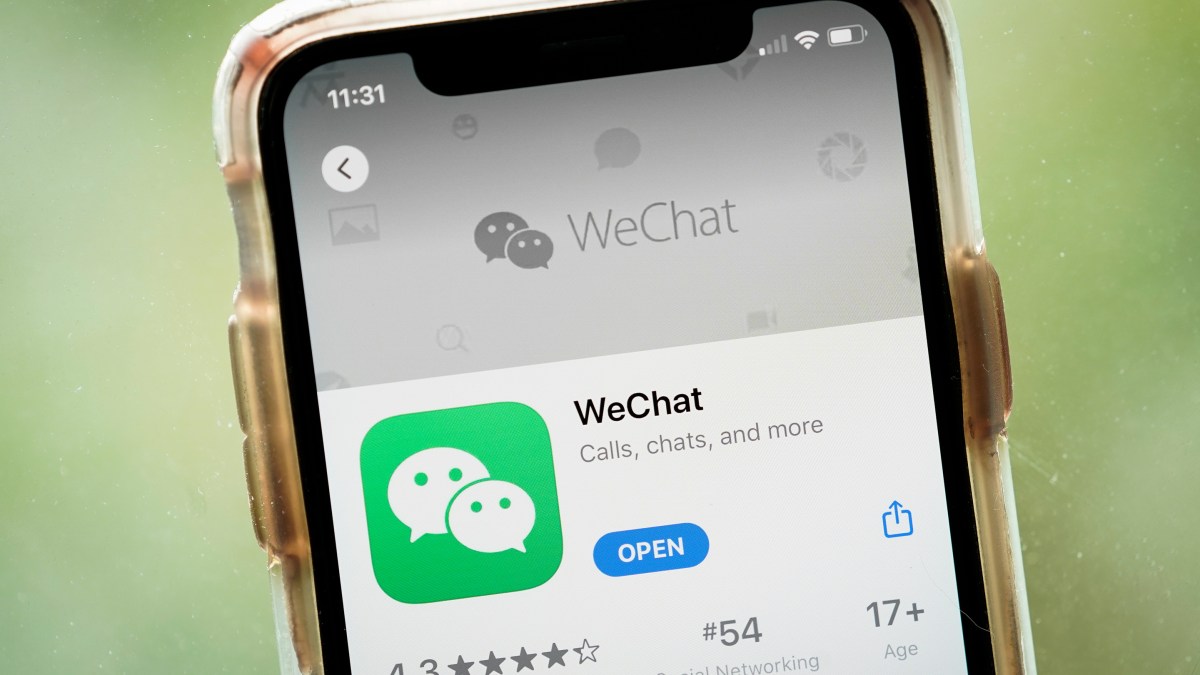 Starting Sunday, users in the United States will no longer be able to download or update WeChat. The Trump administration announced Friday morning that it is banning the Chinese-owned messaging and payment app WeChat, effective Sunday, over national security concerns.

Chinese-owned tech companies have long been this administration’s target. Most of the focus, however, has been on the popular social media site TikTok (which will be banned in November.) WeChat has a billion users worldwide. It’s also a staple of the Chinese American community here in the U.S., used to stay in touch and for commerce.

In addition to the bans on downloads and updates, users in the United States won’t be able to make payments through WeChat. That could be a big deal to many of the millions of WeChat users in America who use the platform to send money back to China.

“WeChat pay is the world’s largest payments platform,” said Dan Wang, professor of business at Columbia Business School. “This is so ubiquitous that if you are a visitor to China and you don’t have a WeChat account, it is very difficult to pay for anything.”

For millions in America, WeChat is the best way to buy goods and send money to China. Ari Lightman, professor of digital media and marketing at Carnegie Mellon University, said now those people will “have to find complete alternate ways associated with receiving remuneration or paying various different things, which is going to be very problematic and troublesome.”

William Wong in North Carolina is already trying to figure it out. He sends his family in China money for bills and goods through WeChat.

“If sometimes we need to buy something from China, to get it shipped here, we use WeChat to pay our friends or family to make that purchase for us,” he said.

Wong said the ban will be a headache, but he’s more worried about how it will affect his parents. WeChat is the way they stay in touch with family back in China.

“My concern is for my parents, that they cannot talk to their family or my extended family anymore if WeChat is banned,” Wong said. “It’s just cruel.”

Wong said he hasn’t yet told them about the WeChat ban.