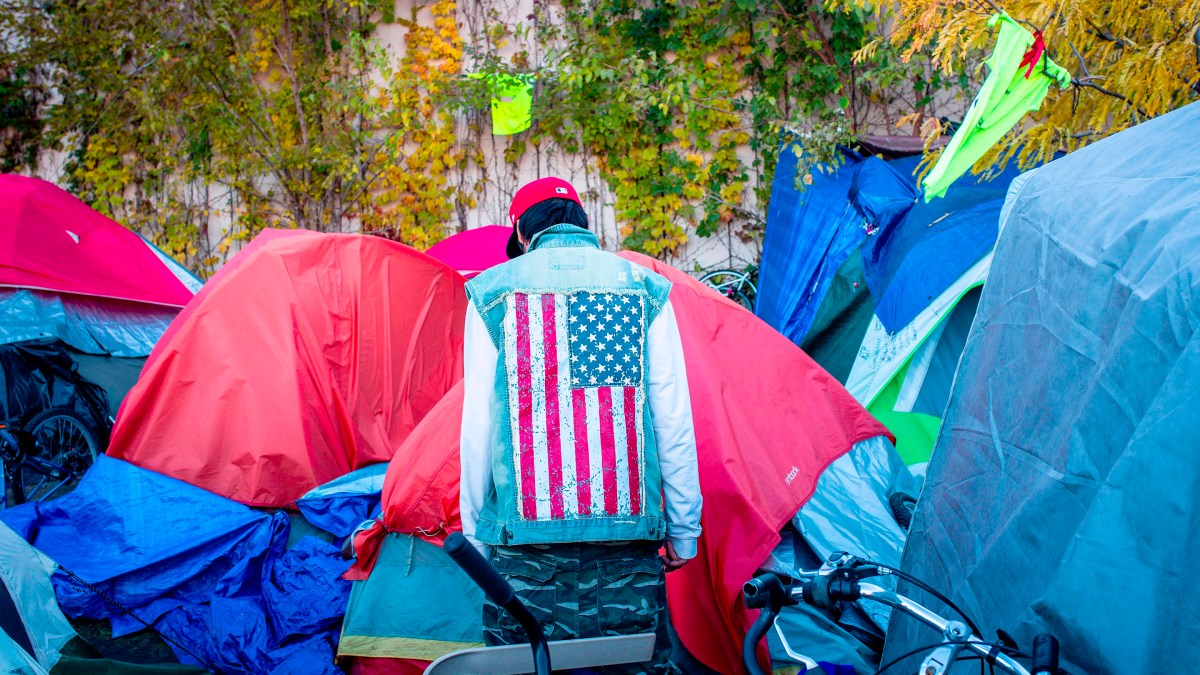 Early voting is underway in a handful of states. The pandemic is making in-person polls risky while a postal service slow down could cause problems with mail-in ballots. Such challenges are magnified for a population that is hard to get to the polls in the best of times: those experiencing homelessness.

When you don’t have a permanent home, even the most basic steps of voting become daunting.

“You’ve got to register. You’ve got to have an address,” said Jeff Page, a longtime activist and resident of Los Angeles’ Skid Row, home to the largest concentration of homeless people in the country. “Well, how can we vote if I’m homeless on the sidewalk?”

People can use the address of a family member, a homeless service provider or even their physical location on the street to register, though it’s difficult to get voter information or mail-in ballots this way. Still, Page said, some do make the effort to cast their vote.

“A lot of people just want to be part of the process, because that’s the first problem, that people that are making decisions, they don’t have a clue as far as what life is like,” Page said.

John Maceri with the LA homeless service provider The People Concern said the county has rolled out a number of initiatives in the last year to boost turn out.

“The first is getting people registered. And the second is making sure that they can get to the polls,” Maceri said.

LA County residents can register and cast a ballot at any polling location regardless of their address. That includes several voting booths at homeless shelters that will open in the days before the election.

But even in states with less restrictive voting requirements like California, the pandemic is adding new challenges, said Nan Roman, president and CEO of the National Alliance to End Homelessness.

“Homeless people often use libraries, or if they have phones, they use coffee shops and so forth, to access the internet,” Roman said. “And they don’t have that access now in a lot of places, so just getting information about how to vote and what the issues are, it’s been affected a lot by COVID.”

People may also encounter greater difficulty obtaining proper ID — a necessity to vote in most states — because many government offices are operating with reduced hours and staff.

And while the ample availability of hotel rooms for makeshift housing has helped get some people off the streets, Roman said it’s likely a greater share have been pushed out of shelters and away from valuable voting resources.

“They thinned out their shelter populations in order to reach CDC goals about social distancing in shelters, and so people ended up on the street, some shelters closed,” she said.

Roman said efforts to get out the vote among the unhoused population can be resource-intensive at a time when many local governments are facing budget cuts and layoffs.