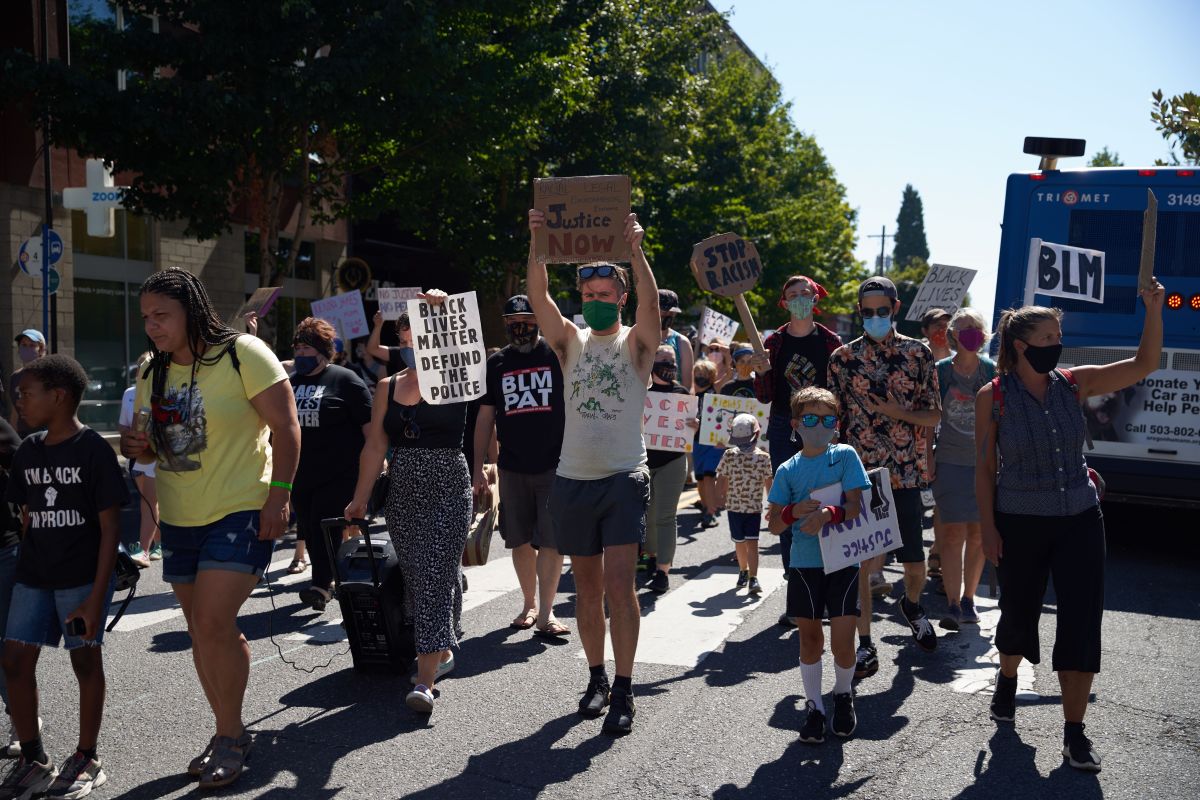 The administration is threatening to pull federal funding from the three Democratic-led cities, citing ongoing protests over racial injustice and police violence, a rise in violence in all three cities over the summer, and the cities’ rejection of assistance from federal law enforcement, among other reasons.

“We cannot allow federal tax dollars to be wasted when the safety of the citizenry hangs in the balance,” Attorney General William Barr said in a press release.

New York, Portland and Seattle have all seen a spike in shootings over the summer, but so have 20 major cities across the country. Even with those increases, overall crime rates are still low. In New York City, for example, the overall crime rate has dropped 2%, and reports of rape and grand larceny have dropped more than 20%. The murder totals meanwhile are no higher than they were in 2015, even with the spike, according to an analysis by the New York Times.

The fact that the administration is threatening to pull funding just from New York, Portland and Seattle “is both the latest escalation in the President’s assault on jurisdictions whose politics he disagrees with, and a really alarming development from a legal standpoint,” said Stephen Vladeck, a professor at the University of Texas School of Law. “We’ve never seen a president so nakedly and transparently go after particular jurisdictions for transparently partisan reasons.”

All three cities stand to lose huge amounts of money if the administration does move ahead and try to revoke federal funding. New York got more than $5.5 billion last year in federal grants, while Seattle got about $365 million and Portland over $250 million.

New York and Washington state, though, are both donor states, meaning they pay more in taxes than they get back in federal spending. Between 2015 and 2018, New York state paid $116 billion more to the federal government than it received, according to analysis from the Rockefeller Institute.

At this point, the designation of these three cities as “anarchist jurisdictions” is “just a political stunt, it doesn’t actually have legal force,” said Lisa Manheim, a professor at the University of Washington School of Law. Should the administration attempt to actually pull funding from the cities, she added, “under current law, it’s not possible for the federal government to do this.”

Congress, not the president, has the power to determine how federal funds are spent; the executive branch does have some discretion, but it’s limited. The federal government is also “not allowed to structure federal funding in a way that effectively forces states or local jurisdictions to comply with federal policy,” Manheim said.

This is not the first time the Trump administration has threatened to withhold federal money to cities it disagrees with. In 2017, the president signed an executive order restricting funding for so-called “sanctuary cities” that do not fully comply with federal immigration enforcement. A federal appeals court ruled in April that doing so is unconstitutional and violates separation-of-powers provisions.

There would likely be a similar outcome here, according to Manheim and Vladeck.

While the federal government has “no obligation” to fund cities and states, Vladeck said, “if it chooses to do so, it has to do so consistent with principles of notice and fairness and neutrality. And that’s really what this latest designation seems to run afoul of.”