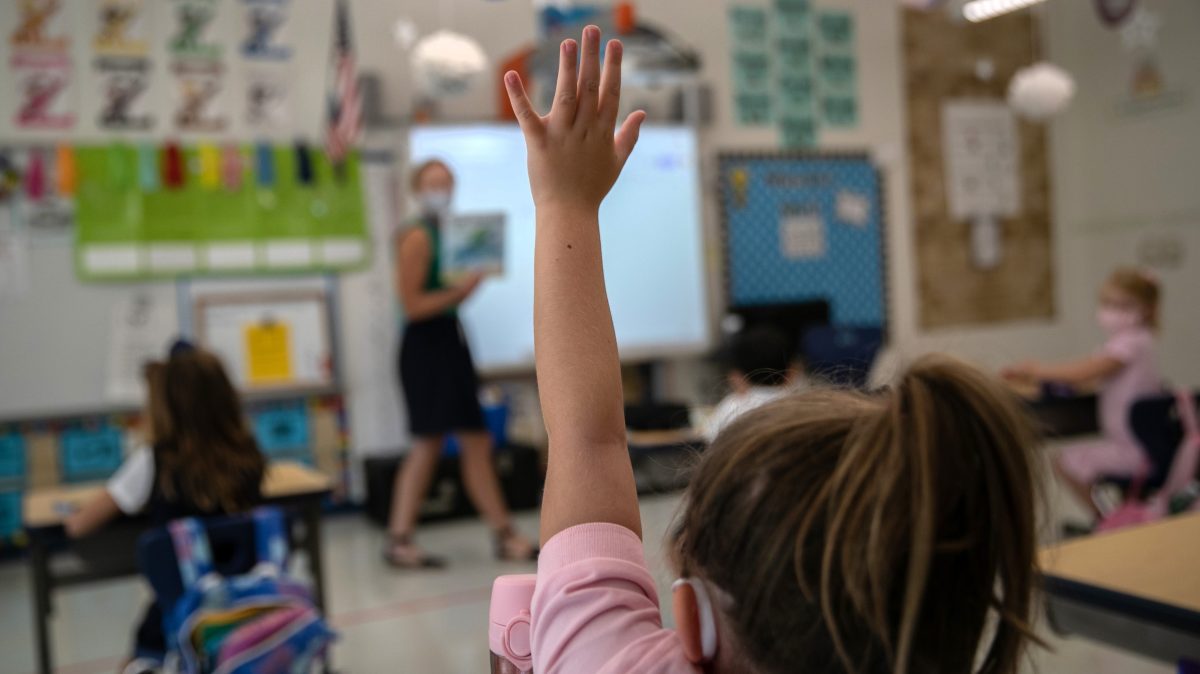 As families navigate a strange new school year — whether that’s from a home computer or on campus — a growing number of parents appear to be questioning whether the traditional school setting is the right educational choice during the pandemic. And some are wondering if it’s time to leave it for good.

Anecdotal evidence shows a number of those parents are trying home schooling, an option they may not have otherwise considered, says Emma Green, a staff writer for the Atlantic. She recently wrote about parents pivoting to home schooling. She spoke to “Marketplace’s” Molly Wood about how this could change the education system. The following is an edited transcript.

Molly Wood: So, before the pandemic, let’s get a little level set, how many students were home-schooled officially in the United States?

Emma Green: So, we’re looking at roughly 3% of the American population. And often the scholars who look at the home-school world divided up into these two camps of people who are religious — Christian, mostly — and people who are kind of hippies. But as we’ve seen with the pandemic, that is expanding rapidly.

Wood: And do we have any indication, are there any numbers about how many parents are either considering or shifting to home schooling?

Green: We don’t have that data yet. And I think the reason is that we are still very much in the thick of it with trying to get a handle on what’s happening educationally around the country. But I can tell you anecdotally, from having made a bunch of calls to parents who are trying it, and also to home-schoolers who have been getting inquiries, there’s just a flood of interest from parents of all kinds, saying, “I don’t think this is the way for us, I don’t think I can stand the uncertainty of not knowing whether my kid is going to be home with us after going to in-person school if there’s an outbreak.” So we see from some of these anecdotal pieces of evidence that there are a lot of families who otherwise would never have considered home schooling who are now trying it.

Wood: There’s been a lot of conversation about the infrastructure that is necessary to pull this off. Like a lot of students just don’t have internet access at home. And so we should clarify that this is not an option for every student, and I wonder what other infrastructure exists? What do you need if you suddenly want to start home schooling?

Green: So one thing I heard a lot from the home-school families that I talked to who had been home-schooling prior to COVID-19 was a kind of resistance to the narrative that home schooling requires a lot of money or a lot of resources. Many of them talked about your public library card being your ultimate ticket to home schooling. But I think you’re absolutely right to point out that there are built-in inequities here. For kids whose parents work full time, or who are sort of balancing work out of the house during the COVID-19 pandemic, it’s just impossible to expect those parents to simultaneously home-school their kids. It’s also impossible to expect those parents to watch over their kids’ shoulders as they do Zoom school and distance school for a traditional schooling system. So I think the takeaway here is that inequities are affecting kids on both sides of the ticker, those who are exiting the traditional schooling system, and those who are staying in.

Wood:  As you do your reporting, how much do you think we’re going to continue to see, though, the landscape of schooling, overall change?

Green: I think that this is just an extraordinary moment. And I think that because there’s no end in sight for the pandemic, it’s really not clear that at any point during the 2020-2021 school year, there’s going to be a reprieve or return to normal. And what I’m interested in as a reporter is seeing over the course of this year into the next year, and the year after that, whether the pandemic represents an inflection point for a whole uptick in a new suite of parents and families who are home schooling, who probably would not have if they never had experienced the pandemic.