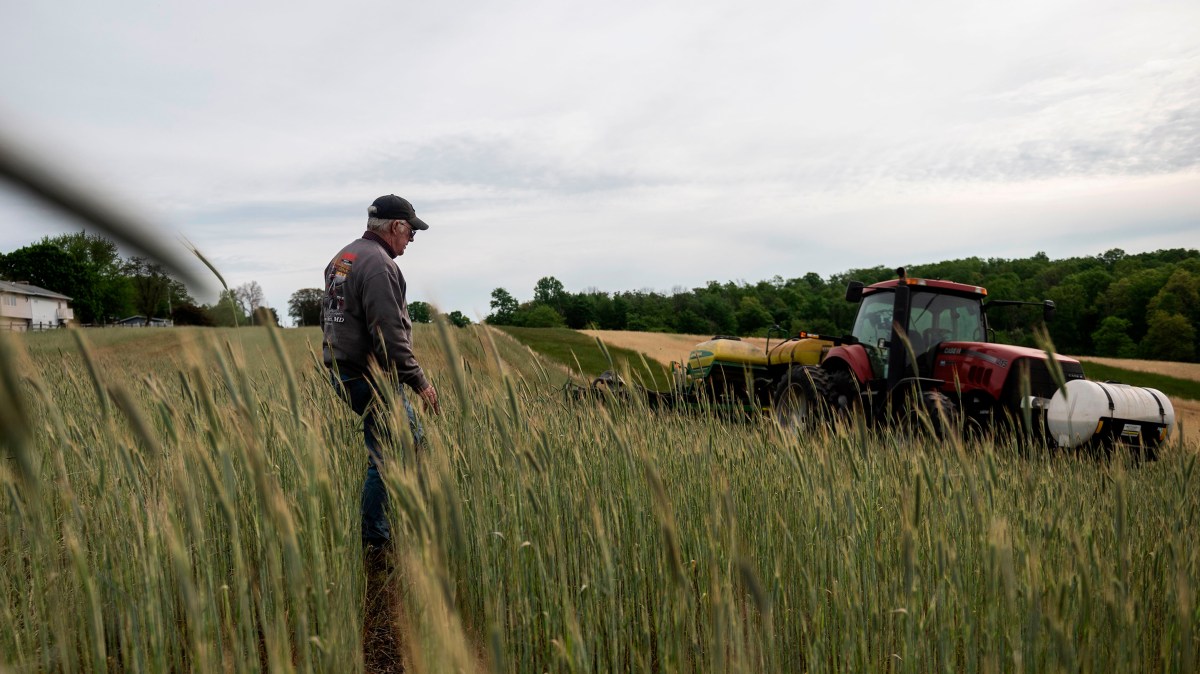 Update: This story has been updated from the original audio version to reflect the agreement regarding the continuing resolution.

Congress needs to approve a funding package to keep the government open by the end of the month, and negotiators say they have resolved a funding dispute for aid to farmers and others in the agricultural industry.

But then the Trump administration said it wanted extra money — about $14 billion — for aid to farmers. That aid flows through the Department of Agriculture’s quasi-bank, the Commodity Credit Corp.

“So Congress has to allocate that funding if this is really going to happen,” said Anne Schechinger, an economic analyst at the Environmental Working Group.

House Democrats didn’t include that funding in their version of the CR. Schechinger said that’s because, according to her analysis, a lot of that money goes to big agricultural corporations.

“For all farm subsidy programs … most of the money really goes to the largest and the wealthiest farms,” she said. “And that’s really a problem, because the smallest farms are the ones that struggle the most financially, especially now during this economic downturn because of COVID.”

On Tuesday evening, House Speaker Nancy Pelosi said she and Treasury Secretary Steven Mnuchin had come to an agreement over CCC funding.

“We have reached an agreement with Republicans on the CR to add nearly $8 billion in desperately needed nutrition assistance for hungry schoolchildren and families,” Pelosi said in a statement. “We also increase accountability in the Commodity Credit Corp.”

This debate could have been confined to another round of COVID-19 relief funding, but it looks like that’s not coming any time soon. President Donald Trump says the extra funds are needed to alleviate the impact of the pandemic on farmers.

“And at a time when the farm economy [is] slowly recovering from coronavirus, now’s not the time to deny the Commodity Credit Corp. with much-needed resources,” said John Newton, chief economist at the American Farm Bureau, which represents the agriculture industry.

While farming doesn’t represent all of the rural economy, according to Gbenga Ajilore, senior economist at the Center for American Progress, “this kind of leads to a broader issue of the agricultural industry, and actually a broader issue of what’s happening in rural economies in general, where you have large firms that have market power.”

Whether those firms are big farming corporations, meatpacking businesses or even manufacturing, Ajilore said the concerns of struggling farmers are real.

But tying a solution to the annual fight over a government shutdown is not the way to fix them.